PACKHAM PEARS IN THE MOLONG DISTRICT 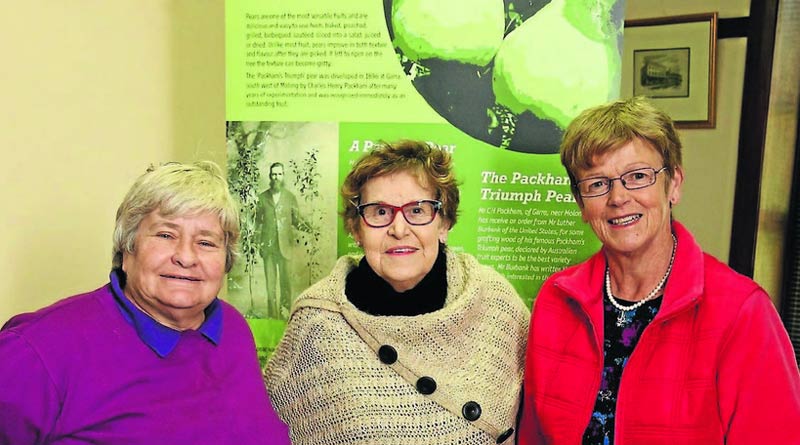 Charles Henry Packham, the son of Henry Packham was born at Toongabbie NSW, in 1842. He came to the Molong area with his parents in 1849. He married Mary Robards in 1863 and had several children together. In 1874 he selected land at Garra, south west of Molong. He established an orchard of apple and pears trees on the property ‘Clifton’.

Parkham was an enterprising district orchardist. He experimented over many years until 1896 when he perfected the ‘Packham’s Triumph’ pear. The pear was unrivalled in flavour and keeping qualities, and won prizes at the Royal Agricultural Show in Sydney and was a successful exhibit at local shows. He also developed two other varieties; ‘Packham’s Late’ and ‘Autumn Nellis’.

A letter written to the Land Newspaper by William Charles Packham’s granddaughter.

I would like to become one of your correspondents. Father takes “The Land” weekly. I enjoy reading the children’s page. It is interesting for the children. We live in the country at a place called Pinecliffe; it is very small. I like living in the country.

Most people, in the country arc healthy. My mother and my sister and my youngest brother and I like taking walks in the hills. Wild flowers grow in our hills by thousands. It is a pity to destroy the wild flowers because they are God’s nature. We have an orchard. The Packham’s Triumph pears were, raised at Clifton. My grandfather raised them and father continues growing them. Father raised the Packham Lates. ‘Nearly all our pears are sent to Sydney to the markets where they bring top prices.

I have three brothers, the youngest nine. 1 have two sisters; I am the youngest, being 13 in September. We have a small dairy farm’ consisting of 12 cows. My second eldest brother, my second sister and father milk. We send our cream to the Country Freezing Co, Ltd., Blayney.

My youngest brother and I go to the Pinecliffe Public School. I like school. My favourite subject is reading. I like Jean Curlewis’ books, Alice B. Emerson, and Mrs. Harm’s, Mrs. Gunn is the author of the “We of the Never Never.” I like birds; I study their calls; ‘their habitats, and the shape of their nests. My favourite ‘bird is the, Jacky Winter. One day a Jacky built her nest, in a bush, it was real tame. I would have a look at it every morning. At last, it reared two darling little birds.

Love to you and all correspondents! Sending you three wild flowers, 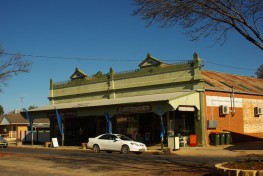