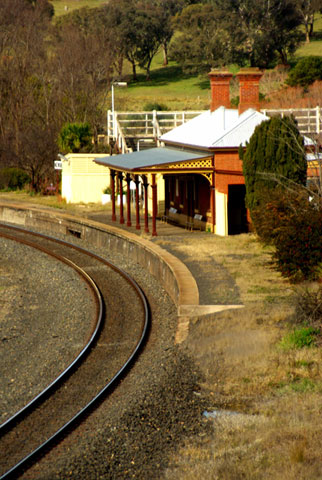 The area has been known by a variety of names.  Early landholders referred to it as Rodwell or Rocky Creek, another early name being Stringybark.  When the Post Office was established it was called Duramana.  The establishment of the railway and the influx of railway workers in the early 1870s, saw the township being called Newbridge.  During the 1880s gold and iron was mined in the area.

Read about village stories from Newbridge