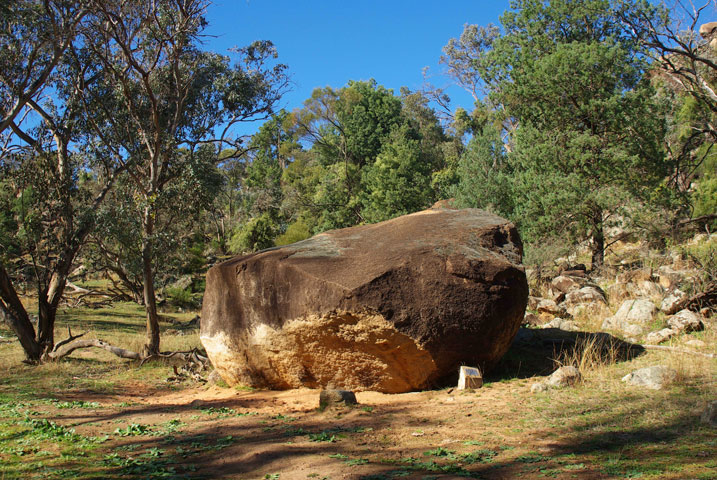 Australia’s gallery of rouges features a number of 19th century bushrangers, among them the chief architect of one of the largest gold robberies in the country, Frank Gardiner.

Gardiner arrived in the colony in 1834 as a young boy from Scotland, according to several sources, though some reports claim this anti-hero was home grown, having been born near Goulburn at a small settlement called Boro Creek.  The Capricornian Saturday 14 October 1905

Frank Gardiner was an alias – one of several. His real name was Francis Christie and his first crimes involved horseflesh, stealing two dozen in Victoria in 1850, for which he received a 5 year prison sentence and – after an escape from a workgang there – another arrest for stolen horses, this time in Yass in 1854.

Authorities then slapped a 14 year sentence on him, but Gardiner, nicknamed The Darkie, was destined for more notorious deeds and after being granted a ticket of leave in which he was required to stay in the Carcoar area, he cast a propriortorial eye over the rugged bush in NSW where he would make a lucrative living, often with the support of sympathetic locals.

In a spree spanning four years he and his gang of seven, which at times included Ben Hall, John Piesley, John Gilbert and John O’Meally, pulled off more than 50 robberies, the most spectacular being the Lachlan escort robbery 5 kilometres north of Eugowra in a gully known as Eugowra Rocks on June 15 1862.

There, in one of the most audacious heists in Australia’s colonial history, the Gardiner gang held up the gold coach and netted just over five and a half thousand ounces of gold – one of the largest hauls in Australia’s history along with a considerable amount in Oriental Bank notes. It was worth 22,000 pounds then or more than $8 million in today’s currency. Gardiner was the mastermind, forcing two bullock teams to block the road and forcing the coach to a standstill after which a volley of shots was followed by the demand to “Bail Up.”

One witness, a 13 year old George Burgess, says after the robbery the gang distributed a pound, a grown man’s weekly wage, to each of the unwilling witnesses and he “ate lollies continuously for about two weeks…”

The gang quickly split up and Gardiner hightailed it to the Weddin Mountains. But an exhausted packhorse, and fast pursuing police and volunteers forced Gardiner and his two companions to abandon over 1200 ounces of gold.

While he was soon arrested, he was freed from custody shortly afterward when six bushrangers, led by Gilbert, held up police.

He remained free, living in Queensland with his mistress, Kate Brown, the sister-in-law of Ben Hall, until his eventual arrest in February 1864.

A court handed down a sentence of 35 years for various robberies and the wounding of two constables but Gardiner was freed after 10 years, as a result of a public campaign, and became the only man ever exiled from Australia – one of the conditions of his release.

While much of the gold from the Eugowra Escort robbery was recovered, Gardiner’s and Hall’s share was missing, and in the years that followed men would come searching in the folds and along the ridges of the Wedding Mountains hoping to lay claim to the hoard… without any recorded success.

Gardiner, meanwhile, settled in San Francisco, running a bar – The Twilight Star – and contemplating a bush ranging career that was now ‘played out’.

Newspaper reports from the United States suggest Americans could not quite believe this “soft-eyed, quiet-mannered man smoking behind the counter was once the terror of New South Wales.