Canowindra; a village of my heart – Dorothy Balcomb 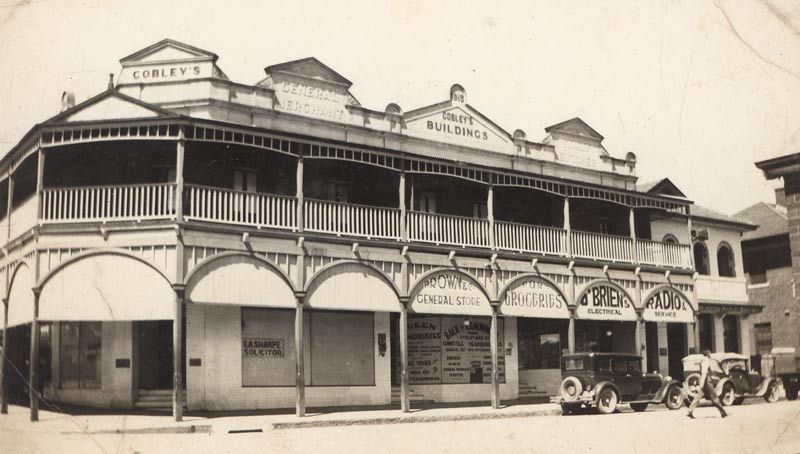 ‘I’ve become known as Canowindra’s historian just because I’ve done so much research and learnt so much about it. I really have a special feeling for Canowindra.’

In 1967 I returned to teaching at the secondary school in Canowindra. There was a project by another teacher on local history in Education week and I got involved. After that people thought what a pity all this had to be dispersed, so we called a meeting and the Historical Society was formed. That was 1967 and here I am in 2013 and I’ve been involved with Canowindra Historical Society ever since. So I’ve become known as Canowindra’s historian just because I’ve done so much research and learnt so much about it. I really have a special feeling for Canowindra.

Canowindra developed as a very important settlement after Bathurst and Carcoar were founded. It was the frontier town to the lower Lachlan, because before bridges, the Belubula River here is easier to ford than the Lachlan, and then the Mandagery Creek at what is now Eugowra was also easier to cross.

It had a brief flourishing in the 1850s, then there was gold in the 1860s and 70s at Moorbel. But it wasn’t until after closer settlement that farmers were able to select land on the big holdings and agriculture became very important, that wheat and wool flourished and they had to get access to markets. The Belubula is a very swift flowing river and it floods very frequently, but this is a bonus because it laid down all the beautiful alluvial flats where lucerne was grown. It was a beautiful crop and it brought a lot of wealth.

And once the railway came in 1910, the whole town was rebuilt and in the course of a few years, the population jumped to 1500 by 1910 and it kept growing until the 1950s. That was its boom time and then it lost a lot of services. We had five banks and four big department stores, but with the bitumen road to Cowra and Orange and also the fact that people had motor cars and could travel further, it lost a lot of its importance as the major shopping centre for the district.

I’ve learnt so much about it since we first formed the Historical Society and I do have a special place in my heart for it. People look to me now as Canowindra’s historian. I’m always getting phone calls to ask about this and that and I’m pleased to be able to help, and yet I’ve never lived here! But I’m pleased the way the town is valuing its heritage and its history. Now why does this village live in my heart? I suppose because I’ve been involved with it and I’ve researched it. I’ve known a lot of people who are no longer in this world who have contributed a lot, and so you see how people contribute so much and then a few years later they’re forgotten. And someone else has to take on their role of being the leaders.

I suppose you’d say the main street is really my favourite place in Canowindra. It’s got three bends and you wouldn’t know looking from one end of the street to the other, that at the back of the shops is a river right there. I always say the Belubula River is the reason for Canowindra’s existence.