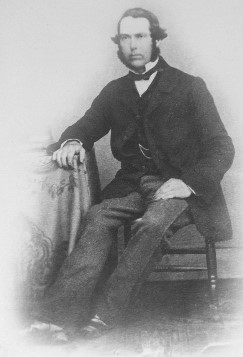 In 1865 Patrick Mulholland was appointed as the first mayor of Orange. The municipality of Orange had been incorporated five years earlier, in 1860, with John Peisley elected as chairman. The title of chairman was changed to mayor in 1865, and Mulholland elected.

Patrick was born in Ballydonagh, Ireland, in 1826. He studied teaching and, in 1849, took a position at the Antrim National School in Lisburn. It was here that he met Catherine Murphy, who had been appointed as a monitor three years earlier. Patrick and Catherine married in 1853 and migrated to Australia in 1856.

Securing work with the NSW Department of Public Instruction, Patrick taught at Meadow Flat and Peel prior to his arrival in Orange in 1861. He assumed the position of master at the National School, located in Anson Street opposite the old Town Hall.

By 1864 Patrick had retired from teaching and moved to March Street, where he opened a photographic studio. He is believed to have been the first man in Orange to develop “sun pictures”, as the early daguerreotypes were sometimes known. Later in life he became a soap manufacturer. In addition to his mayoral duties Patrick was also a justice of the peace, treasurer of the Orange council in 1870 and a magistrate in 1873.