Orange and the Boer War 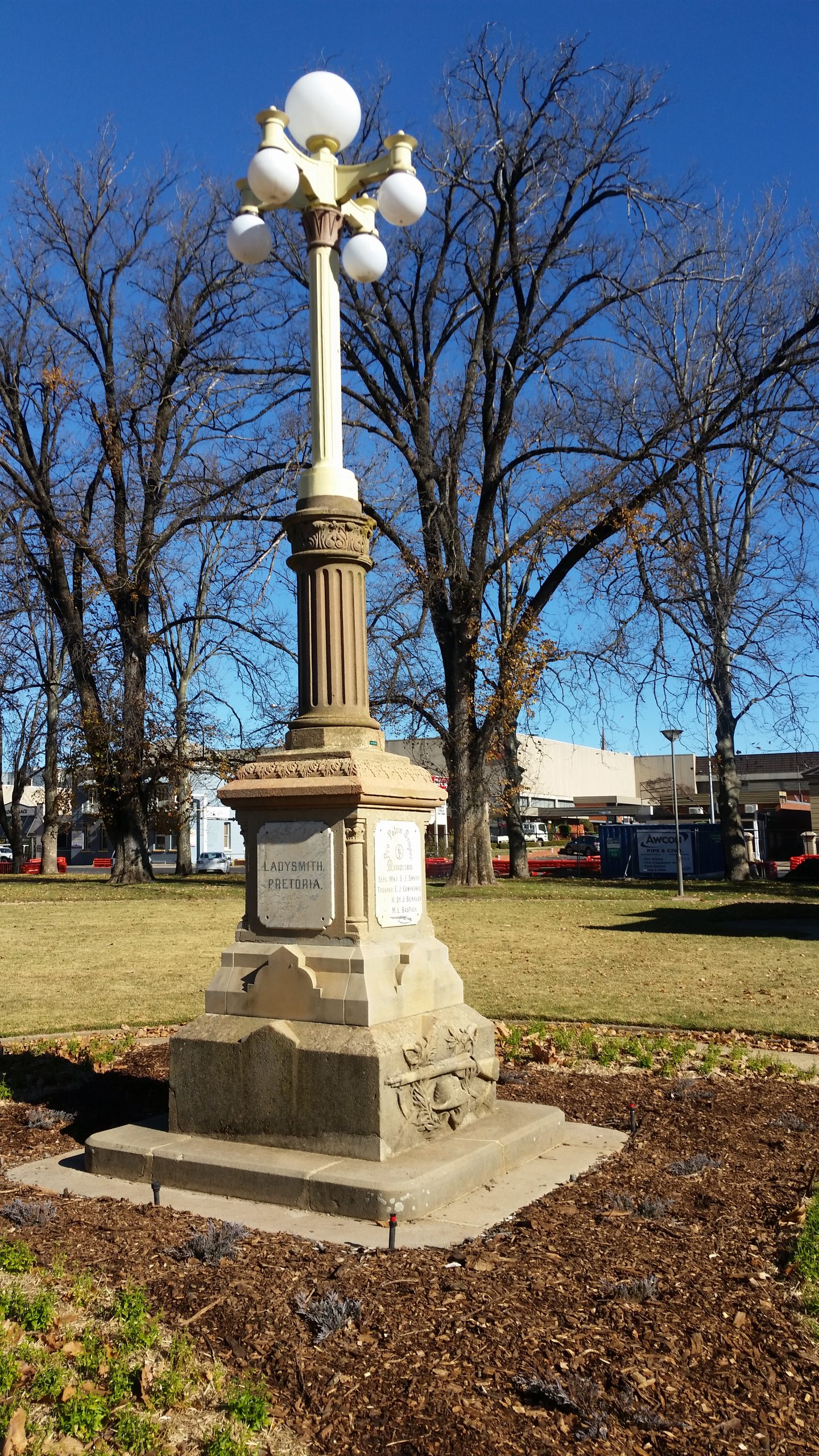 In 1899 longstanding rivalries between British colonists in Southern Africa – Uitlanders – and the original European settlers – Afrikaaners – escalated. The discovery of gold and diamond deposits in the 1880s had drawn many Uitlanders to the Cape, outnumbering Afrikaaners. The Uitlanders agitated for voting and property rights but were denied them. Armed Uitlander insurgents raided the Transvaal in 1895, fuelling tensions and leading to a declaration of war on 11 October 1899.

Australians were encouraged to volunteer for service. Some 16,000 answered the call. Almost 300 of them died in action or from wounds sustained in battle. A similar number died of disease.

About 170 men from the Orange district volunteered for service. Matron Eliza Emily Hoadley of Molong, was one of 60 women who joined the NSW Army Nursing Service Reserve. By the end of hostilities on 31 May 1902 four of the district’s men had died – one from wounds received in action and three from disease.

The concept of a memorial to honour the district’s volunteers was first raised in June 1902. John McMurtrie designed the memorial which was erected at the intersection of Summer and Anson Streets. It was unveiled by Brigadier General Gordon CB Commandant NSW Forces on 29 March 1905. In the late 1920s it was moved to the corner of Summer Street and Lords Place, and later to the northern end of Robertson Park.

In 2004 new sandstone facades were fitted to the memorial. The restoration work was funded by the Department of Veterans’ Affairs and completed by McMurtrie and Co. On 29 March 2005 Gary Collins, NSW commissioner, Department of Veterans’ Affairs, Gary Collins, and Mayor John Davis unveiled a plaque to mark the centenary of Orange’s first war memorial.