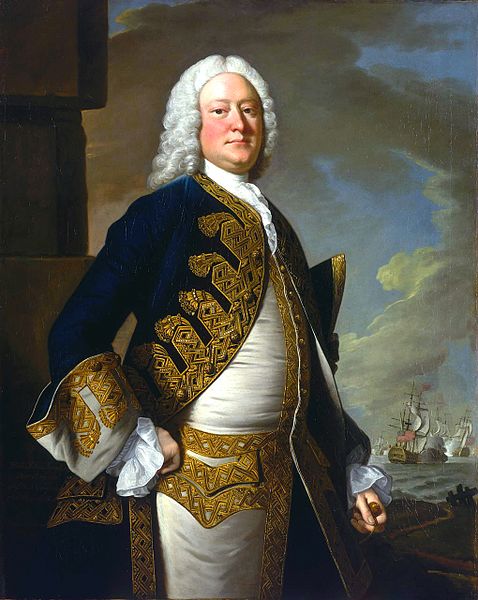 In the 1850s NSW surveyor-general Sir Thomas Mitchell named Byng Street, Orange, in honour of the British admiral John Byng. Born in Bedfordshire in 1704, John Byng was just 13 when he followed his father into the British Navy. Byng acquired a reputation as a steadfast naval officer and was promoted to lieutenant in 1723, rear-admiral in 1745 and vice-admiral in 1747. Byng also served as Member of Parliament for Rochester from 1751 until his death.

Byng was executed by a firing squad on 14 March 1757 for failing to “do his utmost” to prevent the island of Minorca falling to the French during the Seven Years’ War. When issued with orders to prevent the French capturing the British garrison on Minorca in 1756 Byng stipulated that he had insufficient resources; his ships were in major disrepair and were severely undermanned. On reaching Gibraltar, Byng discovered that the French had already besieged the fort and that landing more troops would prove a senseless waste of manpower. He wrote a letter to the Admiralty to this effect, which resulted in his ordering home, arrest and court-martial.

Although finding Byng guilty, the court was unanimous in their recommendation for mercy. Pleas for clemency were ignored and Byng was executed. Despite being accused of cowardice Byng proved a brave, loyal and just man. On the day of his execution he knelt down, tied his own blindfold and, after a slight pause, dropped a handkerchief as a signal for his executors to open fire. Byng’s execution has been called “the worst legalistic crime in the nation’s annals.” To this day members of his family continue to seek his pardon.

The village of Byng is also named in his honour.